Projects > Made to Measure

The work in this exhibition at McDaniel College is part of The Hunter and the Hunted chapter within Blaze Breakers. This chapter began with an exploration of the semiotics of hunting textiles, particularly camouflage patterns. The somewhat moronic juxtaposition of invisibility (camouflage) and visibility (blaze orange) within hunting textiles is fascinating to me: the hunter must wear blaze orange to communicate their presence to other hunters (I’m not a bear.), yet also wear camouflage as a cloaking device to blend in with their surrounding landscape. “The hunter” and “the hunted” in these works can be interpreted metaphorically to communicate general themes such as in/visibility, dis/appearance, and honesty: camouflage is an illusion, a visible lie, so is blaze orange truthful?

A range of technical and visual influences is included within these projects such as architecture, fashion design, and units of measurement. Quilts and sewing are media that I have been interested in since I showed a hand-sewn quilt composed of biohazard bags in this gallery as a student in 2007. In addition to traditional media, newer technologies are used which is testament to the continued dissolution of boundaries and progression of media within art. The versatile, utilitarian materials employed in these works are rich with purposes and possibilities outside of the realm of art. Most of these materials were manufactured for use in a domestic setting or outdoors, a juxtaposition of indoors vs. outdoors that I find intriguing. Any text included in a work is referential to the gallery, such as “Lies Above” which refers to the stained glass ceiling in this space, a replica of the original ceiling that was moved to the Hoover Library board room in the 1990s. My goal with this exhibition is to present viewers with a variety of methods and materials that communicate the essentials of The Hunter and The Hunted while also acknowledging the history of the Rice Gallery space. 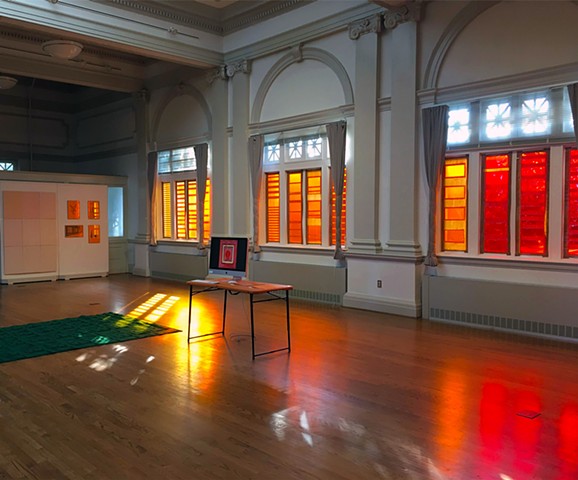 Installation view of The Hunter and The Hunted: Made to Measure 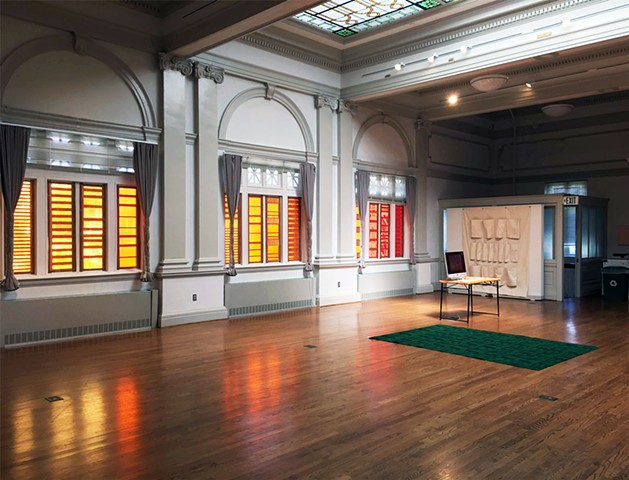 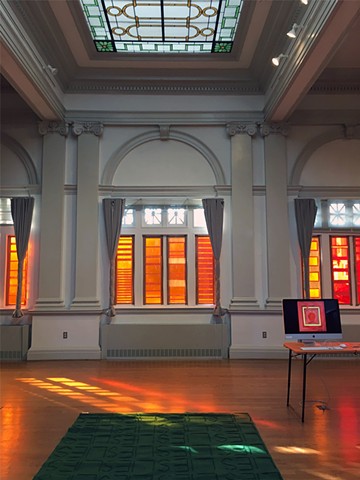 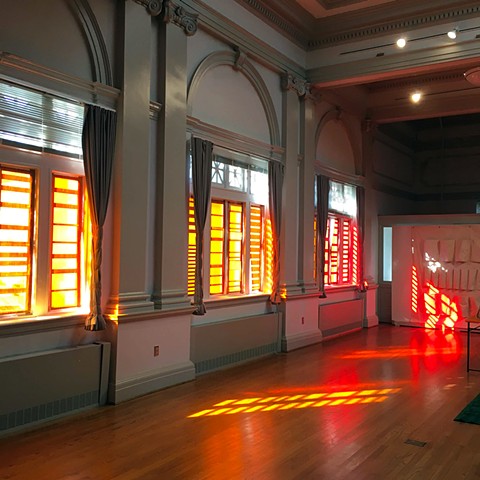 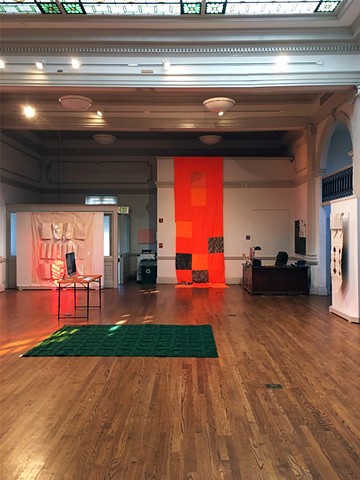 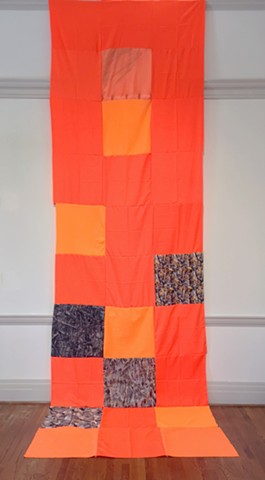 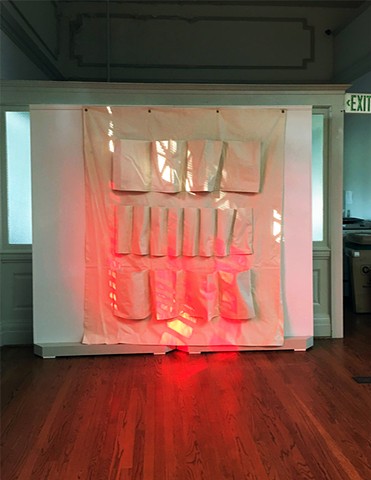 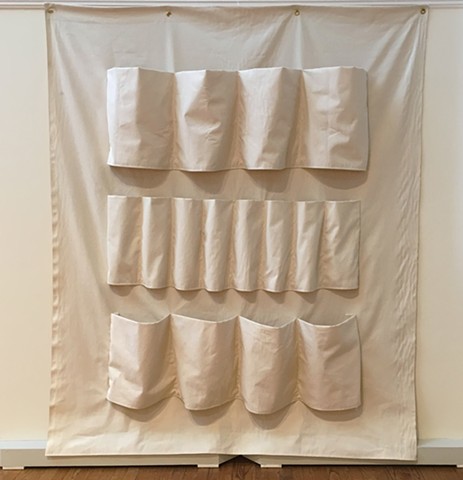 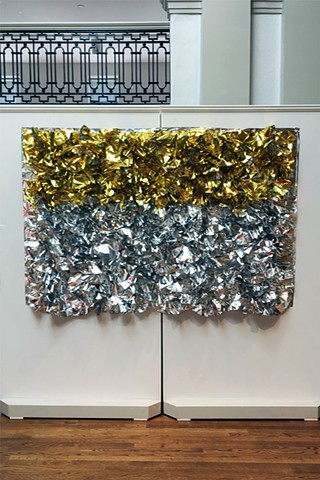 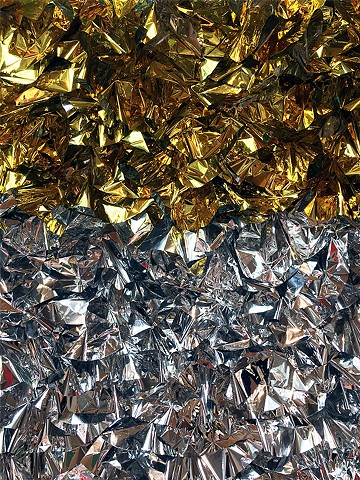 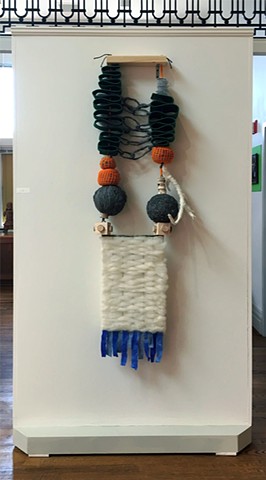 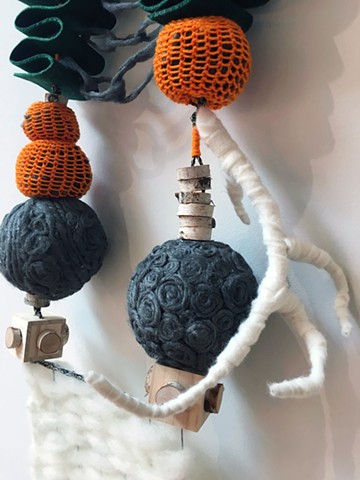 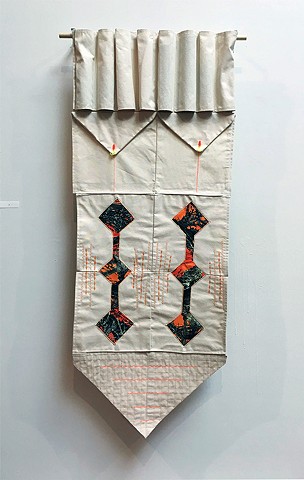 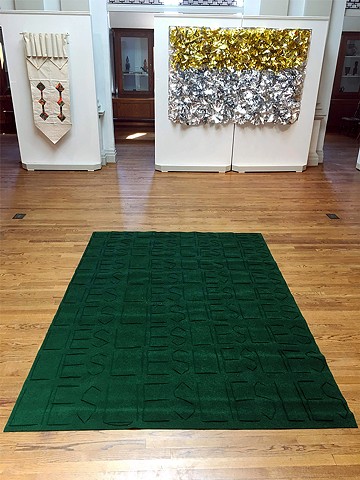 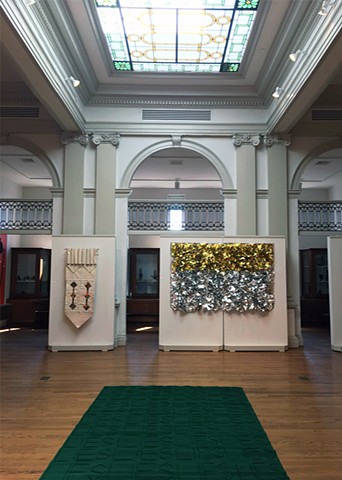 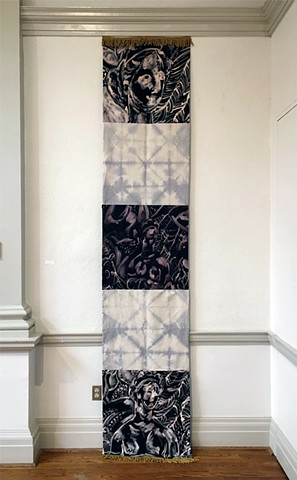 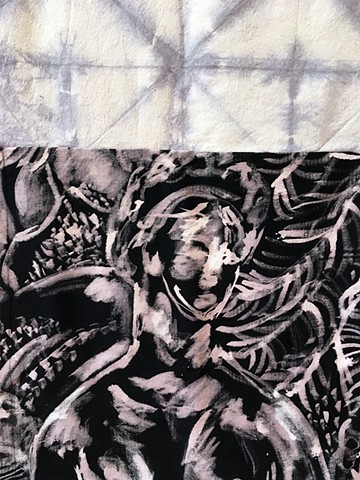 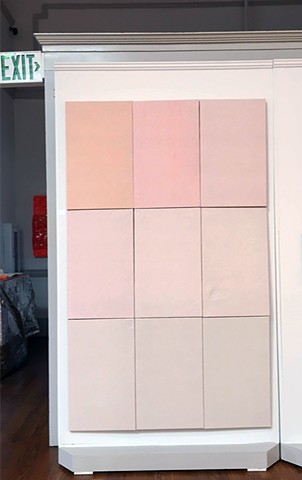 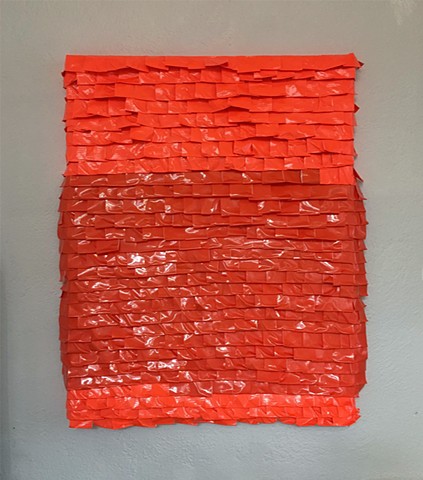 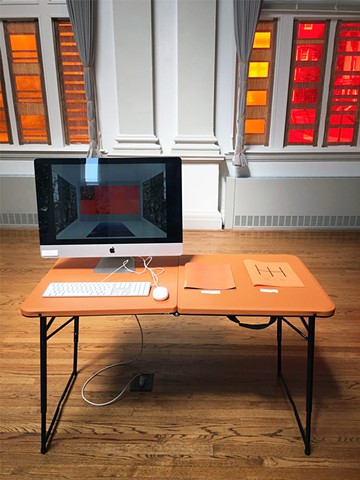 Installation view of computer with animations and zines 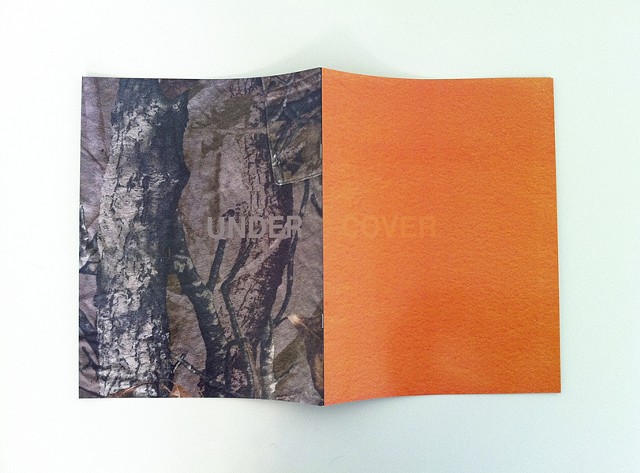 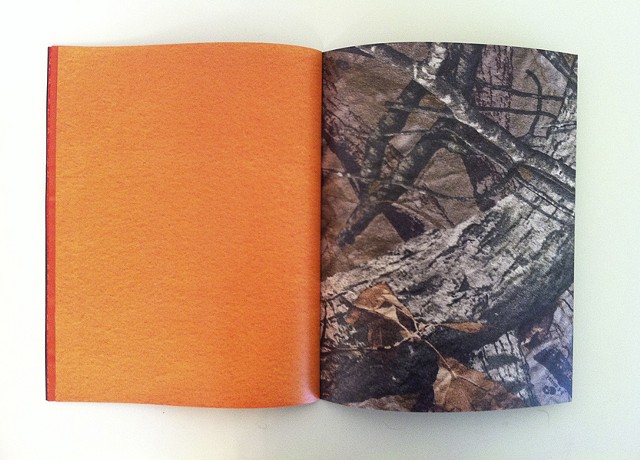 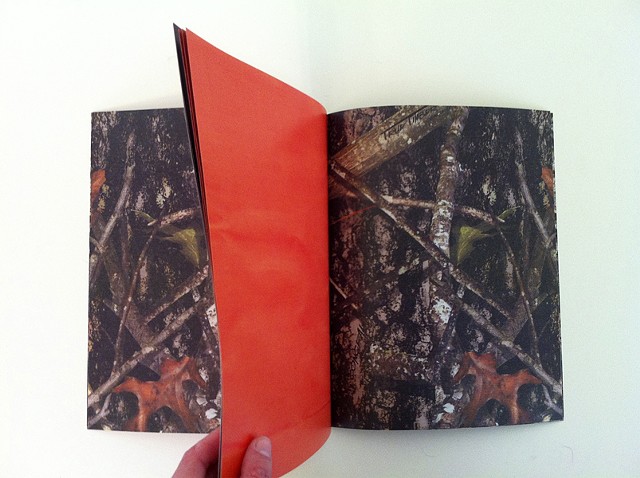 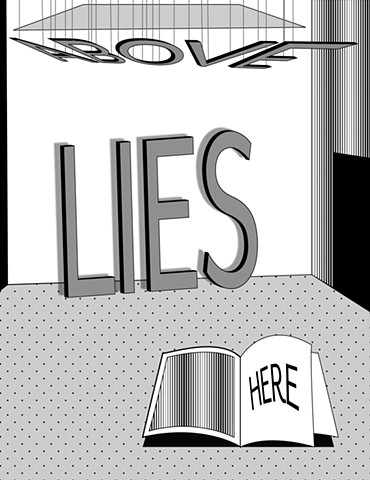 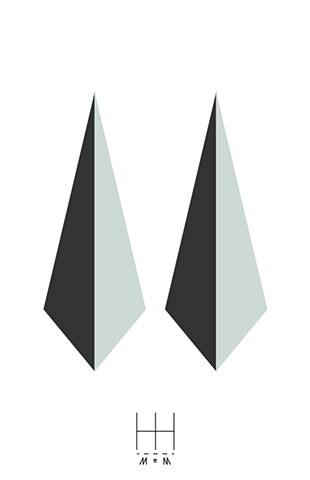 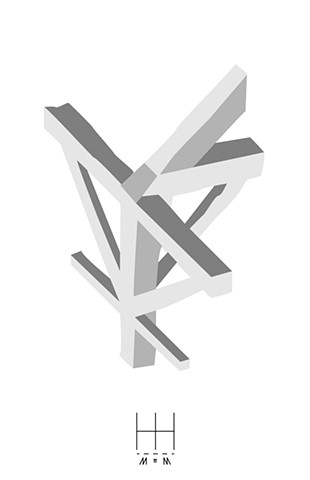 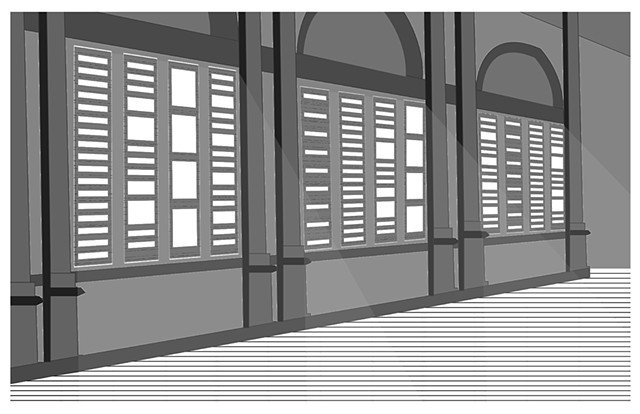